I will be releasing two songs every two weeks from my seventh album 'Outside the Outsiders', free to download. It was recorded during the years 2017/18 and encompasses topics affecting many of us today, such as Brexit, climate change, the refugee crisis, isolation, loneliness and hopefully shines a dim light of hope in these demanding times. Thanks for listening and enjoy the music Peace:)

I’ve finished recording my seventh album, titled ‘Outside the Outsider`s’. The tracklisting is listed below 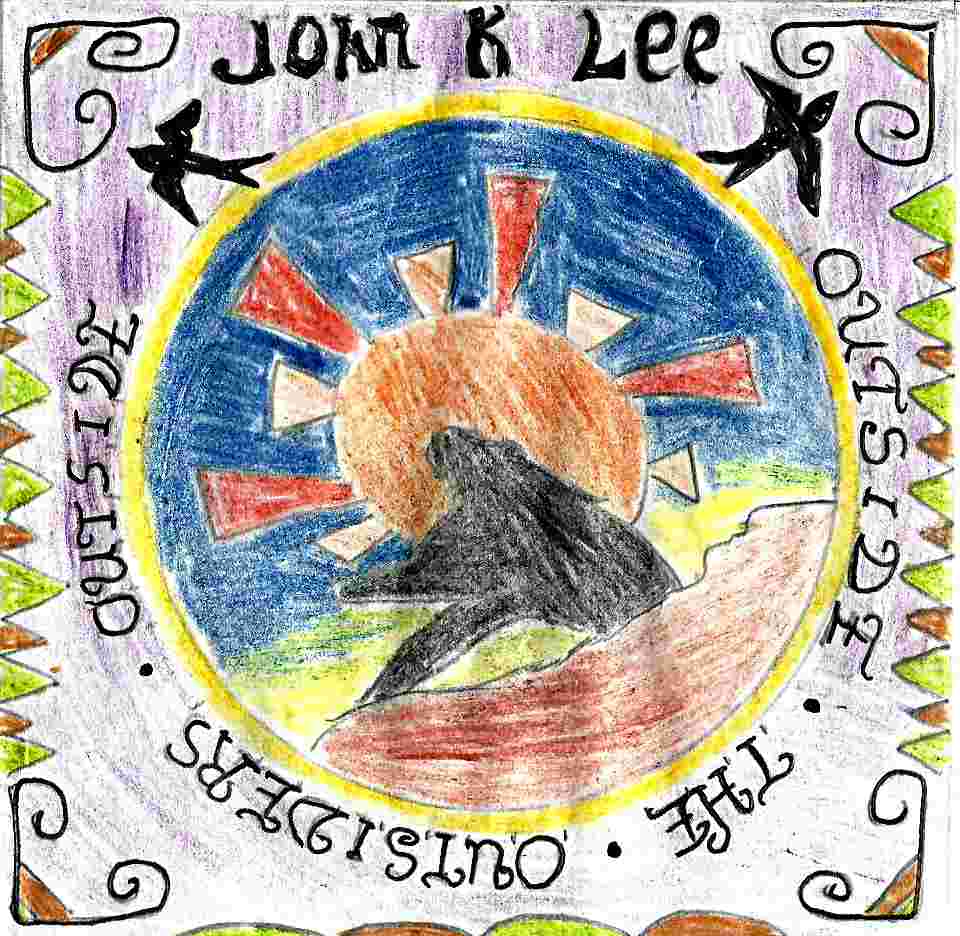 So here we are in the future, NASA sending Osiris Rex to a faraway comet…technology enabling future explorations to deep space…proxima centuri beware! And still we can’t reconcile our differences on this insignificant ball of rock. I try and write songs with a positive message and believe I’m quite well read, particularly searching for an alternative view (recommend John Hamers book ..The falsification of history and anything by Henry Makow and others). Climate change is no conspiracy, the evidence is there, but will the elite use it to continue there quest for absolute power(check out agenda 21). All musicians particularly in mainstream seem to be in on the game, I know it’s cynical but when immorality is spread through pop videos it’s hard to see the industry in a positive light (triangle of manifestation…becoming a bore). Of course there’s positives, Global Citizen for example and with activism comes empathy, which I believe can only be good for the world. So with my collection of new songs ready to record I hope to touch and connect, with the title being ‘Outside the outsiders’ it’s how I felt growing up and still do a little to this day, of being alienated and isolated from the so called popular and cool, but from this comes another perspective, an eternal gnostic reflection, that searches inside and finds love and comfort. Don’t worry about image, just create and be good to each other. That’s what I do…finding strength in music and nature…there constant and will always be there. Thanks for reading. Peace xx

I’ve been working hard on creating and writing new songs over the past year and found I had enough to record a double album, my second double collection , first being ‘Hegelian Dialectic’ released in 2013. I’m pretty excited about the new additions to the artistic collection and although no real concept unlike ‘Hegelian’ (which was about stardom , insanity, and compromise) …it provides a social commentary on these confusing and somewhat dark times. The tracklisting is listed below and will go into my home studio and record later this year. Thankyou.

So that’s it. Believe my songwriting has evolved and look forward to sharing them. Meanwhile the third single ‘Ancient Sun’ from my latest ‘Lullaby’ will released on my website on the 3rd October 2016. Thanks for reading. take care xx

1) Lord of the rings trilogy – JRR Tolkien ….classic, my all time favourite book..a show of defiance and love by the most unlikeliest of heroes (frodo and particularly Sam)
2) Magicians of the gods – Graham Hancock(history is not what it seems…open mind required).
3) The woodlanders – Thomas Hardy (classic literature…poetic and profound)
4) The collected poems – Robert Frost
‘stars’
And yet with neither love nor hate
Those stars like some Snow White
Minerva’s Snow White marble eyes
Without the gift of sight…..
5) musical truth – Mark Devlin(revealing book about the dark and sinister forces in the music industry…must read)
6)A vision of fire:book one of the earth end saga – Gillian Anderson
7)poems of William Blake
‘The human Abstract’
The gods of the earth and sea
Sought through nature to find this tree
But their search was all in vain
There grows one in the human brain……
8) The Magician – Michael Scott (from a great series of books)
9) Spook Country – William Gibson
10) Syd Barrett :A very irregular head – Rob Chapman( well written book about ex pink floyd member and influential legacy).

Every week passes by and we adapt to our environment and process the information we consciously interact with. What’s important what’s to be discarded . My actions whether through writing a song or showing an act of kindness are my contribution to this circle of consciousness we all share , without pretension we’re all important to finding a postitive outcome for this. It’s easy to be consumed by fear and things we don’t understand, but I ve come to trust my instincts and believe good outweighs the bad. The refugee crisis , the instability of the Middle East, climate change…it’s hard to see a solution, but we must. In the uk , benefit claimants have become targets of the state, the vulnerable need support, so they can suprise us with acts of bravery and show life as test to be overcome and enjoyed. Governments are to serve the people not isolate and protect their future interest. So it’s 2016 and were divided by borders ,but in essence were all,wanting the same thing , a bright future for the children we love. So let’s be mature and responsible for future generations, I won’t be seduced by technology but use it as a tool to spread a positive message, if we all do this I believe love can change the world. We can only hope……

Currently listening to the following albums..

The winter slowly fades into memory
As spring arrives in the vacuum to be…
A swallow on the wing, a bee in the sun
For the season has changed, spring has begun
A carpet of bluebells, a primrose yellow in the glade
An ancient oak tree opens it’s green cloak and the meadow awakes
A chiff chaff calls & the cuckoo arrives for a day
An orange tip passes me on the old country lane
For my ancestors saw the same seasonal change
It’s a wonder of delight and a song to remain
A passing of time, an orbit of magic & love
For it has no religion, or worship any god
It’s a gospel of cycles
From one age to the next
It’s a rebirth of life
It all connects
For spring is an egg, for spring is a seed
For everything follows…..this awakening…

Thoughts and reflections – selling the soul

The music industry in modern times is a wash with symbolism , it’s not really a new thing, but now seems to be a plague of Â artists showing these signs, and to be honest I’m pretty sick of it. The young are digesting these symbols in there sub conscious unaware of there nefarious origins. It can be linked to the infamous satanist A. Crowley and he’s history is linked with many dark acts, Jay Z now advertises his famous saying do what thou wilt…So where does that leave artists like myself, you may observe symbolism in my artwork, but I’m just trying to highlight the controllers and believe me I’m NOT selling my soul.

The pyramid of the music industry is awash with puppets serving corporate interest, Bono and his hand over one eye, ed Sheeran, they all seemed to display what is called a calling card. Basically there willing servants , maybe I’m unlearned , but it seems everyone was to be apart. Music is a voice for the voiceless, a working man or woman’s chance to express there opinion , but instead they want to join the ‘club’. It’s easy to lose faith and believe all our heroes are just clones in the vessel called the music industry. But there’s great songs under the radar and role models who still have a level of morality to display. Activist, feminist, pacifist …where’s the protest…we still live in a free world…so express …hopely my music can inspire…and for one thing I’m not signing that contract. My soul is mine. Thankyou. Peace out xx

I listen to music all the time and use as it as a source of inspiration, as were all connected thoughts, actions it’s only natural to want to connect. Currently the following are on heavy rotation:~

So there you have it…some artists you may of heard of others you may not, hope I’ve inspired you to check out some cool music. Yep it may be not on the radio,but it’s better that way, not part of the mainstream , honest and true. Peace xx

Thanks is you’ve checked out my website. 2016 so far has been a productive year. With my song ‘Lullaby’ available to download, it showcases the style and evolution of 15 years of writing and singing. More songs will be released from my also titled album ‘Lullaby’over the coming year.

Many projects are in the pipeline , first I’ve been exploring traditional folk songs and have been rehearsing 12, ranging from copper family songs, such as birds in spring and welsh folk songs, plus interpretations of folk classics, such as blackwaterside.

Secondly I ve been delving into my archive of songs ranging from 2001 to the present, archive 1 will include 12 songs from my first ever song can we live together to lost gems such as faith . It will be called “Recycled and rearranged’ as I’ve updated them and touched on their overall feel. They haven’t lost there message or original signature, but will be rerecorded for a future release.

Thanks for reading folks. Peace and love. xx